Pav Bhaji is a total crowd-pleaser with its mouth-watering flavours. One just can’t stop themselves from eating this spiced vegetable mix alongside soft buttery rolls.

Do you ever wish you knew the backstory behind a dish you ate?

There are many delicacies to taste in Mumbai’s 233 square meter street food market, arguably more than anywhere else.

The island is a culinary universe packed with gastronomic delights. In keeping with the city’s cosmopolitan reputation, the city’s street food takes on many identities and avatars.

The combination of hot, spicy, and flavourful bhaji, coupled with slivers of lime and crispy onions, accompanied by buttery pavs, just off-the-Tawa, is a street-food classic.

In all likelihood, Pav Bhaji can be considered the first South Asian dish to be associated with the term fast food.

Many incorrectly attribute the origins of this dish to Gujarat, but it was created by the street vendors of Mumbai back in the 19th century.

It was a makeshift fix, not an invention, that gave birth to Pav Bhaji.

Market demand for cotton was extremely high during the American Civil War. As a result, traders and workers were busy at the Bombay Cotton Exchange and in textile mills.

As a result of the time difference, the traders in the United States market would spend dealing in the late hours of the night.

Despite their tireless efforts to meet the growing demand for Indian cotton on European markets, these laborers often went hungry as they had very little time for a decent meal.

Workers typically left early for their shifts and returned late, leaving their wives with little time to prepare a decent meal for their husbands.

The hectic schedules at work and the unpleasant hours took a toll on their everyday meals. Their hunger prompted them to look for options in the area around their workplace.

In response to the increased demand, street food vendors began working such late hours. In the end, however, they could not keep up with demand because of odd hours and a lack of ingredients. It was then that one of the vendors decided to create this unique dish.

Pav Bhaji, the street food we are familiar with today, was born as a result of meeting this necessity of ensuring the man of the house is not hungry while keeping the machines working.

Various vegetables, such as potatoes, onions, carrots, cabbage, green peas, or whatever else was available, were prepared in a peculiar mix of spices and served with leftover soft bread rolls, pavs.

The availability and convenience of Pav Bhaji contributed to its popularity in the city.

Nevertheless, the present-day version of Pav Bhaji only came into the limelight in the late 70s, when the dish gained fast popularity among the Gujarati community in Mumbai, with additional ingredients like butter, cheese, and various chutneys catching up with time.

However, the basic elements of the modern dish – potato, onion, tomato, peas, and occasionally cauliflower or broccoli – remain the same. 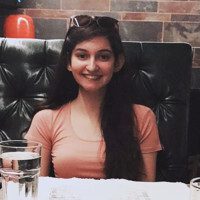 How to Make Jalebi at Home

Just like Gulab Jamun, you can easily prepare crunchy and crispy Jalebi at home.

With time and practice, you can prepare the best jalebi at home.

The recipe in this article is so easy to prepare that you can prepare the sweet jalebi loaded with sugar and flavours at home in just a few steps.

Let’s dive into a super easy jalebi recipe that you can prepare at home.

How to Make Jalebi at Home

Indian food is incomplete without Jalebi and we can’t possibly think of celebrating a festival without them.

They’re one of the most popular Indian sweets and can be made in under 30 minutes. Our recipe guarantees delicious, juicy and crisp Jalebis that will delight your guests.

Jalebi is a spiral-shaped juicy and crisp Indian sweet made using sugar syrup, gram flour and all-purpose flour. It’s also known as Zalebia, Jilipi and Jilapi. To make Jalebis, a batter is prepared. It’s then fermented to acquire that unique flavour. This batter is then poured in hot oil in the shape of concentric circles or spirals.

In certain parts of India such as Indore, it’s eaten as breakfast. They’re served along with dishes such as Pohe.

It’s common to find vendors and sweet shops serving Jalebis at the crack of dawn. Therefore, it’s one of those recipes that we can’t resist. You can easily make them at home even if you’re a beginner.

In fact, if you’re not fond of cooking or are in a rush, then you can skip the traditional method of fermenting the batter and opt for the instant version that’s available at most grocery stores.

1. Prepare the jalebi batter at night for fermentation.

3. Soak the Jalebis in Sugar Syrup for 2-3 minutes.

If you’re living in a cold place, then ferment the jalebis for 24 hours instead of 10 hours.

I hope you will find this recipe super easy to prepare and that you can easily prepare it for breakfast or snack at home in just 30 minutes.

It will also taste like the one that you buy from your favourite sweet shop. Have your midweek meals started looking a bit the same these days? Spice them up with these 3 delicious Indian dinner recipes. From indulgent curries served with tandoori rotis to mop all the delectable sauce to fragrant biryanis, there’s something for everyone! Also known as Murgh Makhani, it’s one of the most popular Indian curries in the world. Yet, it happens to be one of the easiest! The chicken is juicy and tender and the sauce is so flavorful that you’ll want it on a tap! Kashmiri Mutton Gosht Biryani is an aromatic biryani that makes for a comforting and filling weekend meal.