Dealing With Imposter Syndrome: Making it or Faking it? 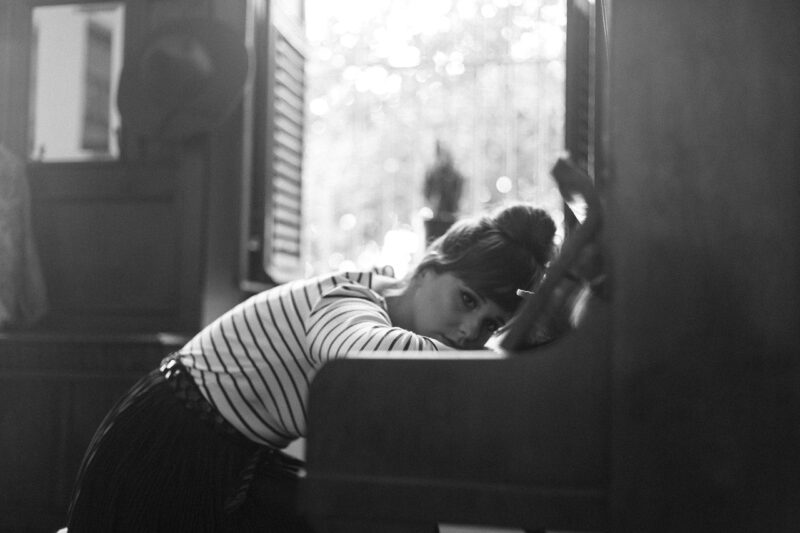 In 2009 Taylor Swift entered the stage at the MTV Video Music Awards (VMA) to accept her award for Best Female Video. A few moments into her acceptance speech, Kanye West famously interrupted her, stating that the award should have gone to Beyoncé.

A seemingly choked and confused Taylor Swift stopped her speech, as the crowd started booing Kanye. In the 2020 Taylor Swift Netflix documentary, Miss Americana, Swift describes the feeling that she did not belong on that stage.

Clearly, she, if anyone, belonged on that stage.

What is it that makes a platinum-selling artist doubt their right to success? It could be a case of imposter syndrome. The imposter syndrome (sometimes referred to as imposter phenomenon, or imposter feelings) was first described in 1978, by psychologists Pauline Rose Clance and Suzanne A. Imes in the article The Imposter Phenomenon in High Achieving Women.

In their study, they talked to over 170 women in the academic world, all with one thing in common – that despite their success, degrees, and professional recognition, they did not feel successful. They felt like frauds.

People who experience this are unable to accept their success and often explain their success with factors outside of their control, like luck, instead of actual ability. As a consequence of this, they expect to be exposed as frauds, or imposters, at any time.

Imposter syndrome is not yet a clinical diagnosis and does not appear in the main diagnostic manuals like DSM-5 or ICD-10. According to research (Leary et al., 2000, p. 747), however, imposter syndrome has certain specific key characteristics:

STUCK IN THE IMPOSTER CYCLE 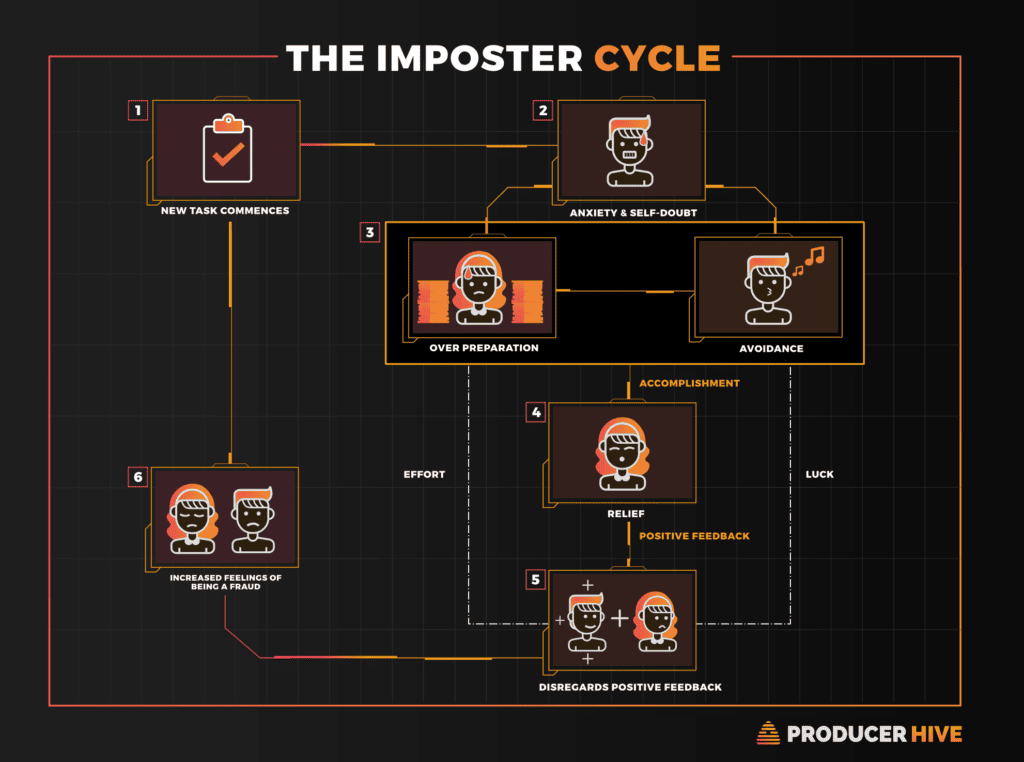 Clance (1985) outlined the dynamics at work in the imposter phenomenon with the Imposter Cycle. The model describes how the perception of oneself as an imposter is maintained, even in the face of great success.

And the cycle continues…

In a recent systematic review, which included over 60 studies with a total of over 14 000 participants, one conclusion was that imposter syndrome could impair job performance. Imposter syndrome was also linked to depression, anxiety, burnout, and job dissatisfaction (Bravata et al., 2019, p. 1262).

So, the problem with imposter syndrome is the anxiety, depression, and psychological discomfort it creates. It also makes it hard to properly enjoy any successes you have. It may also lead to you not taking on any new projects, so you don’t have to experience any discomfort, or even worse, be exposed as a “fraud”.

So now that we know more about imposter syndrome, and what makes it prevail even in the face of great success, what can we do about it?

The authors conclude that to date there are no specified treatments for imposter syndrome. But since there is a strong link to anxiety and depression, it’s important to identify individuals in need of treatment for those specific diagnoses (Bravata et al., 2019, p. 1262).

Even though imposter syndrome is not a formal diagnosis and lacks specific treatment recommendations, there are some useful strategies reported in the available science on the subject:

In a recent study, looking at the self-reported efficiency of different ways of managing imposter feelings, collegial support, and mentoring is perceived as an effective strategy (Barr-Walker, Werner, Kellermeyer, & Bass, 2020).

This is further supported by studies (Bravata et al., 2019, p. 1262, Matthews & Clance, 1985) that report people experiencing imposter feelings often think they are the only one who feels this way, which increases feelings of isolation.

Talking with others about imposter feelings breaks the isolation. It is a well known and established belief that increased social support is important for coping with the negative effects of stress (Uchino, 2009).

So maybe you can find a friendly online community of like-minded people where you can discuss these feelings (a particular Hive comes to mind…). 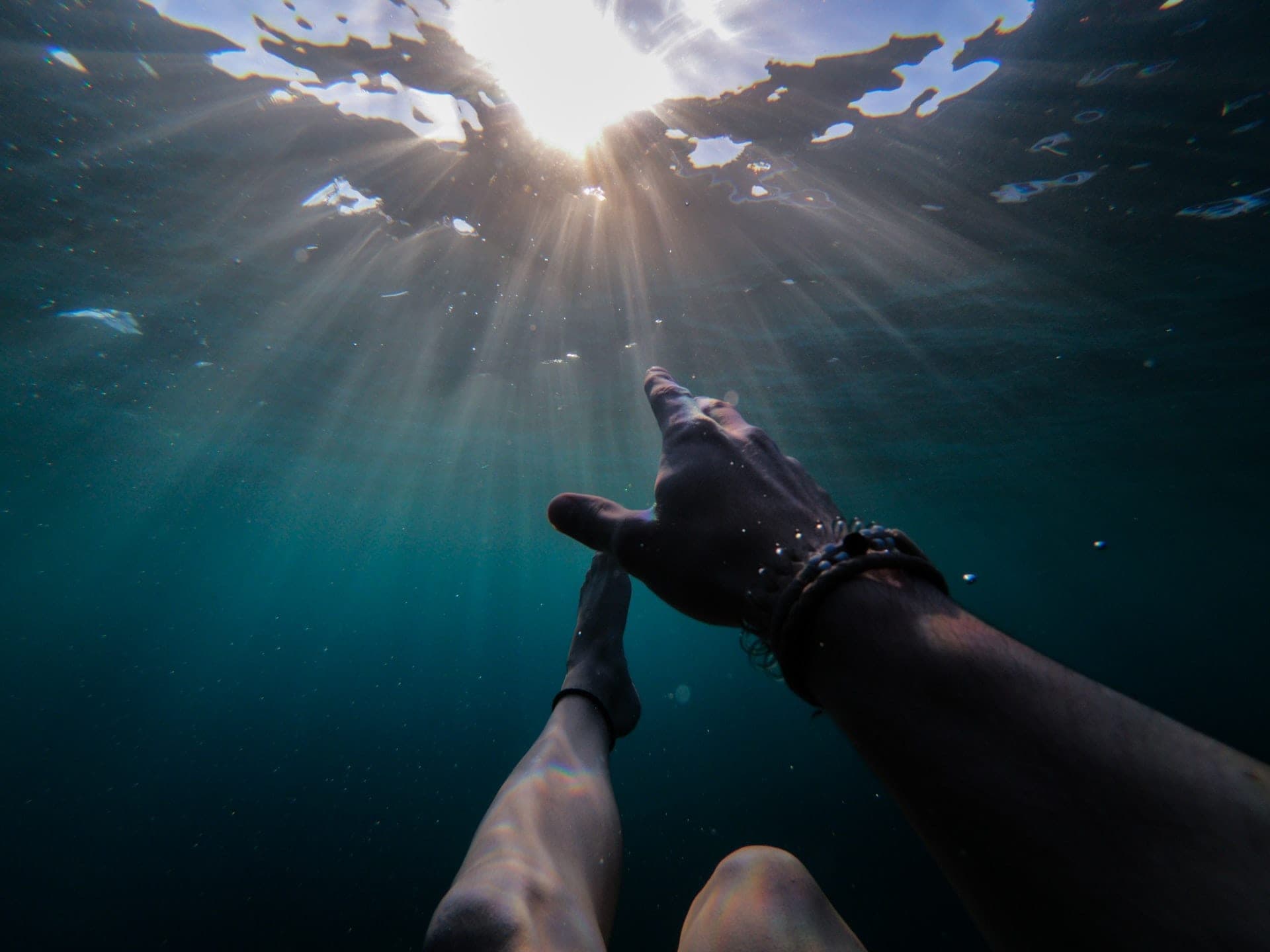 Reach out. Talking with others about imposter feelings breaks the isolation.

ZOOM IN ON THE RIGHT THINGS

People with imposter feelings tend to tone down their accomplishments and abilities and enlarge perceived failures.

Training yourself to put the magnifying glass on the good things others have said about your work, or the things you did really well, is also an often-recommended way of dealing with imposter feelings (Barr-Walker, Werner, Kellermeyer, & Bass, 2020).

After all, habitually turning your attention to perceived mistakes will probably give you a distorted view of reality.

(For more on this, check out my article Battling Cognitive Distortions As A Music Teacher – A Psychologist’s Take)

So if this is relatable for you, try to cope with these feelings by redefining and reframing your definition of success by using this type of thinking:

The meaning you give to words, and how you define different concepts, affect your thinking in ways that are not always helpful.

In summary, imposter feelings can negatively impact your quality of life, and in the worst-case scenario can lead to depression and anxiety. You should be able to enjoy your success, however big or small. Hopefully, this editorial can be of some help to you on your way!

If you want to read further about this issue, I’ve referenced my sources for this article below.

This article by Ricard Magnusson was originally published at producerhive.com

Ricard is a Swedish music producer and licensed psychologist with a Masters Of Science in Psychology, awarded by the University of Umeå, Sweden. He has been practicing as a professional psychologist for the last 10 years. Ricard also makes music under the artist name Wheel. He has made music for adverts (Swedish supercar manufacturer Koenigsegg among others), done remix work for high-profile artists like Barry Adamson, and also produces his own material.

The Relationship Between Sleep and Stress