Artists You Need To Listen To On Digital Music Platforms

The world of music has changed the way we perceive it in the modern age. Not only have people become more clear about what they want to hear, but they are also stating a point in doing so. You might ask how? Well, it is because this is the information age. Earlier, musicians and bands used to produce a record and sell it worldwide. If not all across the globe, then in their own country. However, with digital streaming platforms making their way after 2010, a lot has changed significantly. From YouTube music to Spotify, applications are evolving on an important note.

People are more fond of listening to songs on these platforms instead of buying them on Apple Music. Yes, there are advantages and disadvantages. But, one cannot argue but agree on how these have changed the world of music and listening, for that matter. So, if Metallica is releasing an album come 2022, it will stream on various digital platforms for you to hear. So, what are you waiting for? Are you already on such streaming platforms and want to give it a shot?

Speaking of which, what are the bands or artists you would want to lay your ears on? That is some question. Having said that, let’s catch up on some of the best artists or groups you can listen to on Spotify. 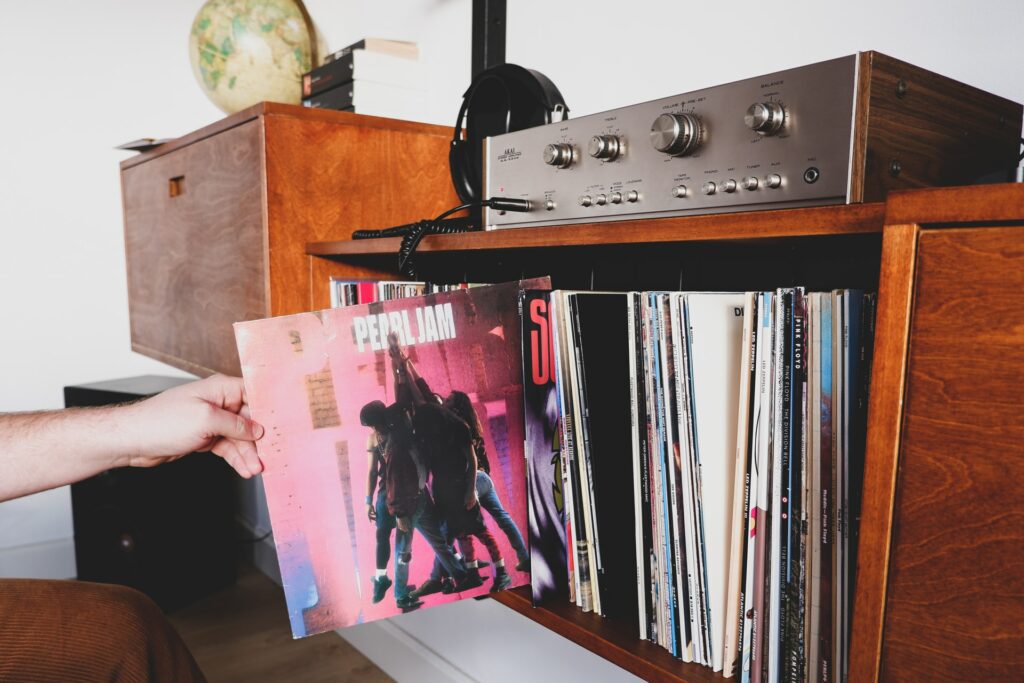 It would be fair to say that it is not a group you should miss out on for a band that has been on top of the rock charts for decades. If you were born in the 70s and love to have something towards classic or grunge rock that emerged in the 90s, this one’s for you. Initiated by the frontman, Eddie Vedder, the band has been to places no one can imagine. The band has been at the forefront of major platforms, from demonstrating pro-choice slogans through their song to determining society-related actions.

Well, if you want to listen to their songs, all you have to do is search for their name on Spotify, and you will have their discography in front under ‘this is pearl jam.’ There is another way through which you can look out for their numbers. And, it is through YouTube music. But, when you do go for this streaming plan, search for the MTV 1992 session performed by Pearl Jam. They were at their very best when they made it clear that Nirvana has a fearsome competition. However, they were a completely different gravy with exceptional guitar breaks led by the rebellious voice of Eddie Vedder.

Everyone listens to pop. This is why we have decided to list bands and artists much more than the commercial world. While every platform has Ariana, Bellie, Khaled, Justin, and many more artists at their disposal, you would not find bands like the mentioned one. Speaking of which, the Pineapple Thief is one of the groups that have come of age when it comes to scintillating music assisted by melodious tracks. And, you would not hear anyone better than them in their league.

Having said that already, wouldn’t it be unfair for this band to be compared to others who have equally worked hard to reach this level? So, listen to them on Spotify and ensure grooving whenever you feel like it. And, if you already have the premium plan of Spotify, save them for wild travels when you do not get receptors. Well, well, well! Isn’t this something we have come across now and then? The band coupled with Bohemian Rhapsody is the best thing you would come across. And, you would be thrilled to know that Queen has gone past 33 million plays, as per Loudwire. Queen is a group ranked in the 1st position based on monthly listeners. And, if you are new to the rock and roll world and do not know what this band stands for, you are missing out on life, my friend.

This has to be the best band in the history of music. But, wait, how can we forget what Freddie Mercury has done here? So, while you are at it, do not forget to give it a try, and if you haven’t.

Aaah, you must be feeling comfortably numb, isn’t it? The roaring junctions composed by Roger Walters assisted by the voice of his counterpart can play through your darkest days. Just listen to what they had to play for their listeners, and you will forget everything about stress and depression. Moreover, studies have also shown the influence of Pink Floyd’s music on budding listeners and musicians who are starting their journeys as musicians. 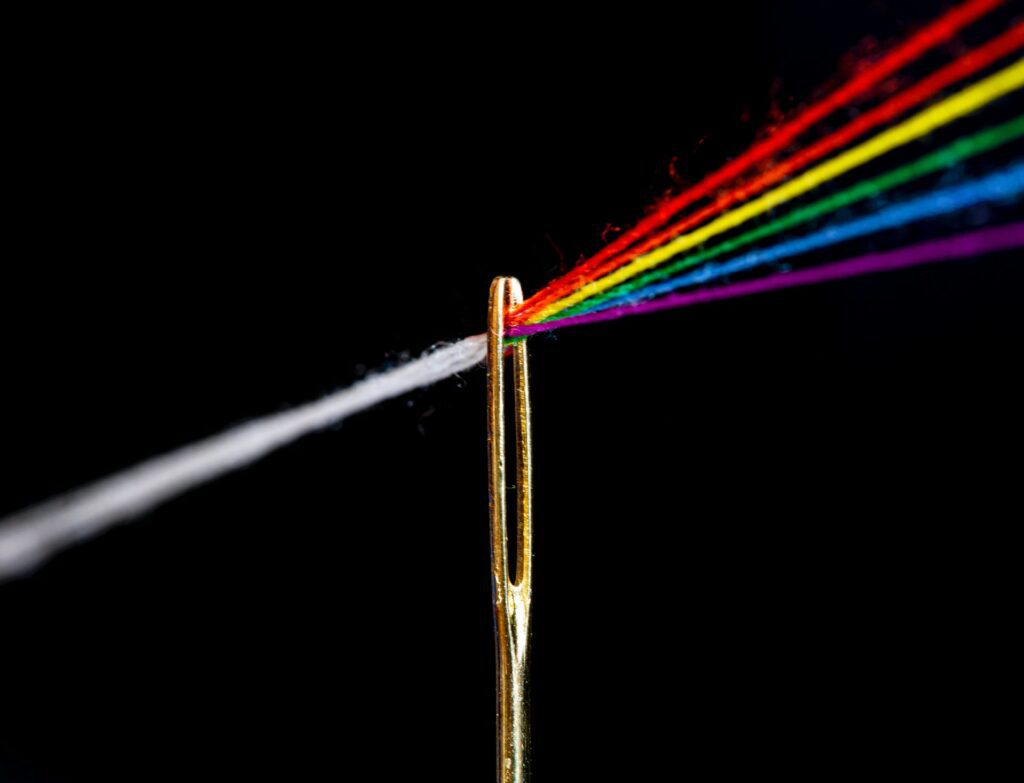 Music is not easy, and so is the life of musicians, artists, and bands alike. This is where their struggle means a lot when we give their records a listen. So, gear up and get rolling in the world of rock on Spotify.

Another great track you will find on Spotify is ‘Fly so High‘ by The ELZED Project. This is a guitar-driven instrumental featuring world-class guitarist Mike Kirk. Back in the days when people used to listen to their favorite artists on the radio. After they got famous, people started buying records of their beloved artists. But, in the modern era, a lot has changed in the music industry as well. These days, there are endless music platforms and digital music applications where all forms and types of artists release their EPs or albums. Moreover, we are now living in the golden era of music streaming. Using your smartphone, you can stream any music track from the bestselling artist to tracks produced in the garage or on an old keyboard.

The entire industry has changed. Besides, several other factors have played a significant role in such an ongoing change. The pandemic is one. While the pandemic halted everything that came it’s way, music found new ways to reach people. In this post, we will talk about some of the digital music applications that can be installed on both major platforms. This has to be the best-known music streaming application. Spotify has become a massive force in the streaming industry. Besides, it tends to boast more than 124 million users and subscribers, offering access to more than 50 million tracks from every artist you can lay your eyes on. With Spotify, you can create your playlist. But, this does not end here. The software observes your listening taste and tends to produce a Discover Weekly playlist just for you.

Meanwhile, if you are looking for a premium account with no ads on Spotify, there are several plans through which you can choose a suitable one for yourself.

Did you know Apple Music is, unsurprisingly, Apple’s music streaming service? Moreover, it offers you entire access to any of the songs in the whole music library irrespective of where you are. As you would initially expect, Apple Music is relatively well-designed, allowing you to maneuver swiftly, swap, and save recommendations. However, as a bonus addition, the application is also available on both the major platforms. Besides, the catalog of more than 50 million compositions is one of the great draws. But, there is plenty of other content that you can check, such as documentaries, concerts, and much more. It is essential to know that YouTube Music once was a black sheep. However, it is not getting its fair share of popularity in the sun with the introduction of Google Play Music. One needs to wonder why it has taken so long for such a digital music application to make a significant mark. The app is free to use but with advertisements. Speaking of which, if you are looking for ad-free listening, with offline downloads and background listening, you might have to download YouTube Music and purchase a Premium Plan, costing around $10 every month.

It might not be a secret to many artists that they do not receive a substantial cut from streaming services. However, that is not true when it comes to Bandcamp. This digital music app is dedicated to billing artists. And, guess what? The amount you pay to the application, around 80-85% of the money, goes directly to the band, singer, or creator you have bought from. Having said that, there is no subscription cost to download the app. But, neither does the application utilize a free model. Instead, you can buy albums and tracks from every artist in question.

Even though Shazam is reckoned for its music detection skills and attributes, it is also a convenient means of streaming some tracks once you recognize them. It is not a stand-alone app. This simply implies that the app works ideally when paired with other streaming apps, recognizing television shows and songs in a matter of minutes and seconds. The mighty Amazon may have been late to the entire fold, but its Amazon Music application is quite good. Besides, the digital music application provides you with access to several free songs. Also, it tends to comprise an entire Cloud Player library, consisting of numerous uploaded songs and ones you bought from Amazon itself. In case one only has a single device, they can pay around $4 every month by tying the subscription to a single Fire or Echo device. Moreover, Prime members receive free access to several pared-down versions of full memberships with more than two million songs.

This is one of the applications with a wide-ranging community of podcasters, bands, musicians, and many more. The application tends to retain all the hallmarks of the entire site, allowing you to search for newly-crowned and upcoming artists to listen, follow, and save into your feed. Besides, the pro subscription is for creators and begins at only $12 every month.