The significant advantage of electric cars is that, in addition to reducing air pollution, they may improve ambient air quality. There are no carbon dioxide emissions when driving an electric car with no tailpipe because the vehicle operates on electricity only. Air pollution levels drop considerably as a result of this.

Simply said, electric vehicles reduce pollution and make it easier for pedestrians and cyclists to traverse our towns and cities. Just a single electric car on the road can save roughly 1.5 million grams of CO2 over a year, equivalent to four return flights from Abu Dhabi to Kathmandu.

There are several EVs on the market now that you may buy and provide both luxury and comfort. They’re also less expensive than gasoline-powered cars, by comparison. We compare the most prominent electric vehicles in Nepal to see how they stack up.

Due to the focus that has been placed on electric vehicles in Nepal in recent times, we’ve compiled a list of top electric cars with affordable prices in Nepal. But be sure to compare these options as per your needs before purchasing them.

The Dahe DH 350L is our first choice. It’s a very affordable electric vehicle from Nepal, and it comes with the same name as its bigger sibling, the Dahe DH 350. Its appearance far surpasses your expectations at this price range. This car has several features for the electric riders among us. The following are some of the most notable characteristics of this vehicle:

The Dahe car consists of a front disc brake and rear drum brake.

Thee Go E8 is one of Nepal’s most popular electric vehicles. This vehicle’s design makes it ideal for everyday city transportation. It’s also one of the most affordable EVs on the market in Nepal.

It looks like any other hatchback at first sight. The vehicle has a basic yet modern appearance. Interior-wise, it also delivers good value for the price range. Overall, the car offers excellent value for money and can be a perfect entry point for individuals seeking an environmentally friendly automobile on their budget. The Derry EV7 is an electric vehicle produced by the Chinese auto company Henan Derry New Energy Automobiles Co Ltd. Auto-Host Pvt Ltd is in charge of the dealership for Derry cars in Nepal. The Derry EV7 is the newest variant of the electric van line. It has a 17-kWh battery and a 15-kW electric motor, which makes it the biggest on the market. The following are some of its notable features:

The Mahindra e2o Plus has become one of the most practical choices for people who want an electric vehicle for short distances and daily use. This is a more recent version of the e2o, which was first introduced in 2013.

ABS panels make up the body, which is why it is so light. It has a nice appearance and decent construction quality. An SOS function on the vehicle extends Mahindra e20 Plus’s range by 7 to 10 kilometers if its battery is depleted below 10 percent.

THANKS TO ITS AGGRESSIVE DESIGN; the MG ZS EV is one of Nepal’s most attractive electric cars. This is a tiny SUV that adds elegance to anybody who purchases it. This is an impressive SUV with lots of options to pick from.

MG ZS is not only beautiful on the outside, but it’s also excellent internally. It has also focused on safety by including six airbags. The firm gives a warranty that the battery will last for eight years or 180k kilometers.

Some of MG ZS’s other notable features are:

MG ZS is the most expensive car on this list. However, that does not take away from its performance and value. The Tata Nexon is one of India’s most popular electric cars. It has now arrived in Nepal following its tremendous popularity in India. The Nexon EV, similar to its petrol-powered sibling that follows the IMPACT 2.0 design concept, features a tri-arrow shape design.

The Tata Nexon EV is powered with of help of a 95kW (129PS) permanent magnet synchronous motor (PMSM), producing a maximum power of 129PS and a maximum torque of 245Nm.

The Tata Nexon is an electric vehicle with a tiny price tag and a more than enough range for most drivers. It has plenty of features, including heated seats, power steering, a Bluetooth phone, and a music system with voice command. You can alter the seating position (recline/engage) from inside the cabin when the car is in motion.

In Nepal, the Tata Nexon has three distinct versions. The XM model is the cheapest, followed by the XZ+ model with a mid-range price. The XZ+ LUX is also the most expensive.

Hello, I am the author of this piece, Olivia, and I am a content writer and editor for Plantscraze and Theridingkid. Sharing my experience and tips as a horticulturist and an avid biking enthusiast through my articles has been really fulfilling. I also work as a freelance writer for a few other sites. 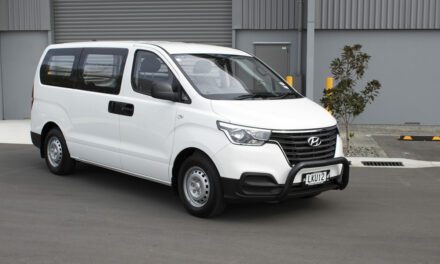